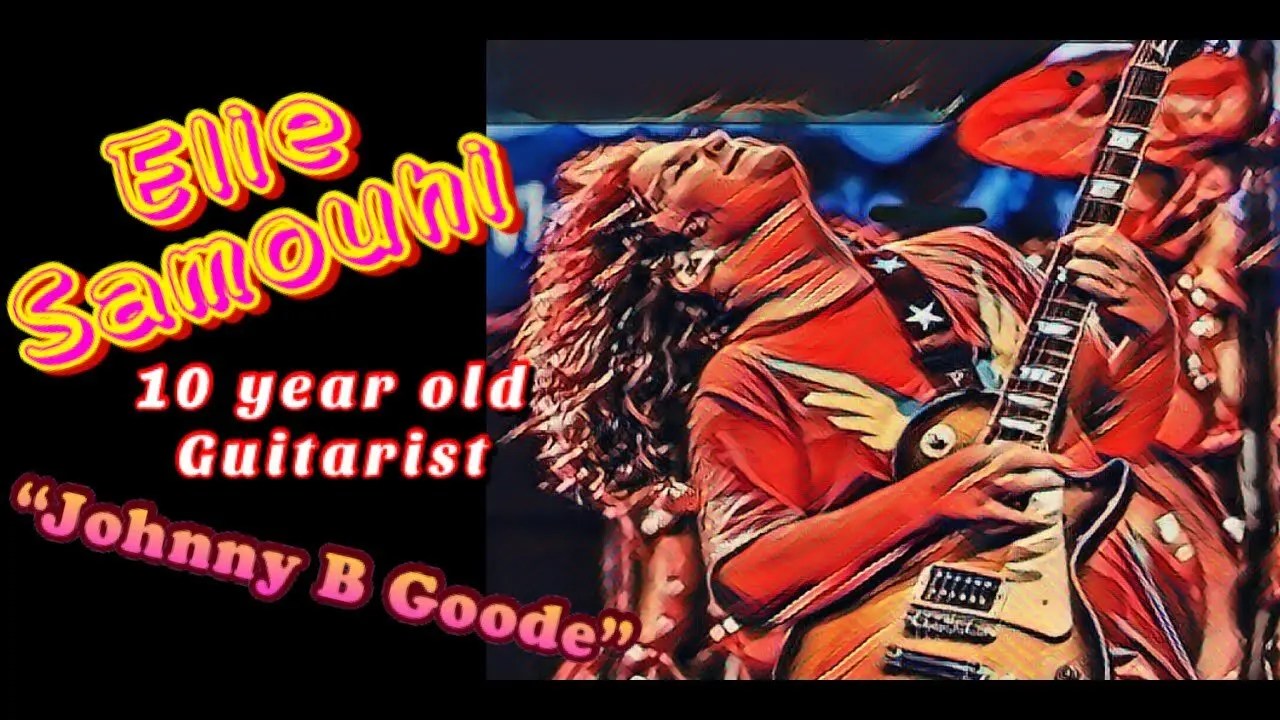 Scoonie Gee and Friends host a monthly Rock For Charity event at the historic Rainbow Bar and Grill on the Sunset Strip in West Hollywood, California on the last Thursday of every month. Kids that are a part of the Kids Rock Studio program are featured in the opening act. In this clip, we have 10-year old guitarist Elie Samouhi rocking the classic song “Johnny B. Goode” by Chuck Berry with Danny Knapp on bass and Shad Madison on drums. Elie is very passionate about music and has a ton of positive energy and stage presence. In his debut at the Rainbow, he brought the house down with his performance and we were all in awe of his enormous talent.